Since moving to the U.S., Raheleh has begun collaborating with an Iranian-American photographer, Arezoo Bijani, on a collection of works emanating from their experiences as artists in Iran, revealing the struggles they passed through in their home country, but also the distinct non-Western vantage point it gives them on male-female asymmetries even in the West. She may have left behind the hijab, but after having shed that, she's more able to see the invisible hijabs all women have to carry around.
~
​
Freed
In the installation, the first photograph is larger than actual size, 72" tall, and the others 48" tall; toilet paper is erected around the photographs. 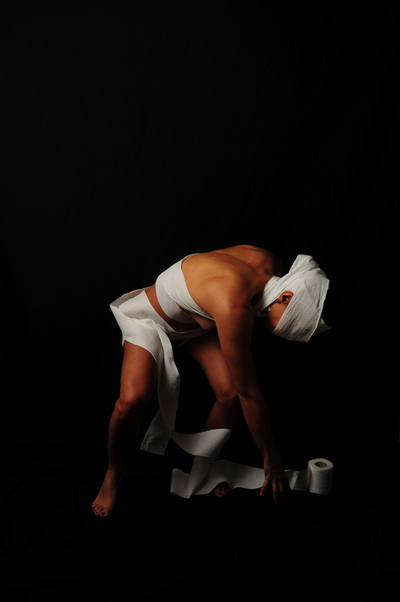 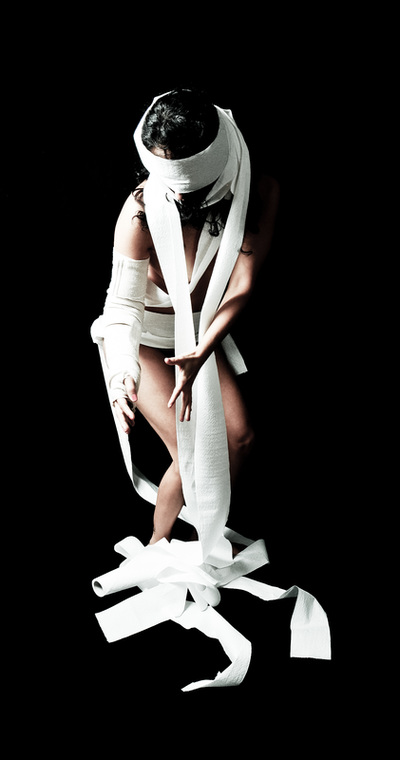 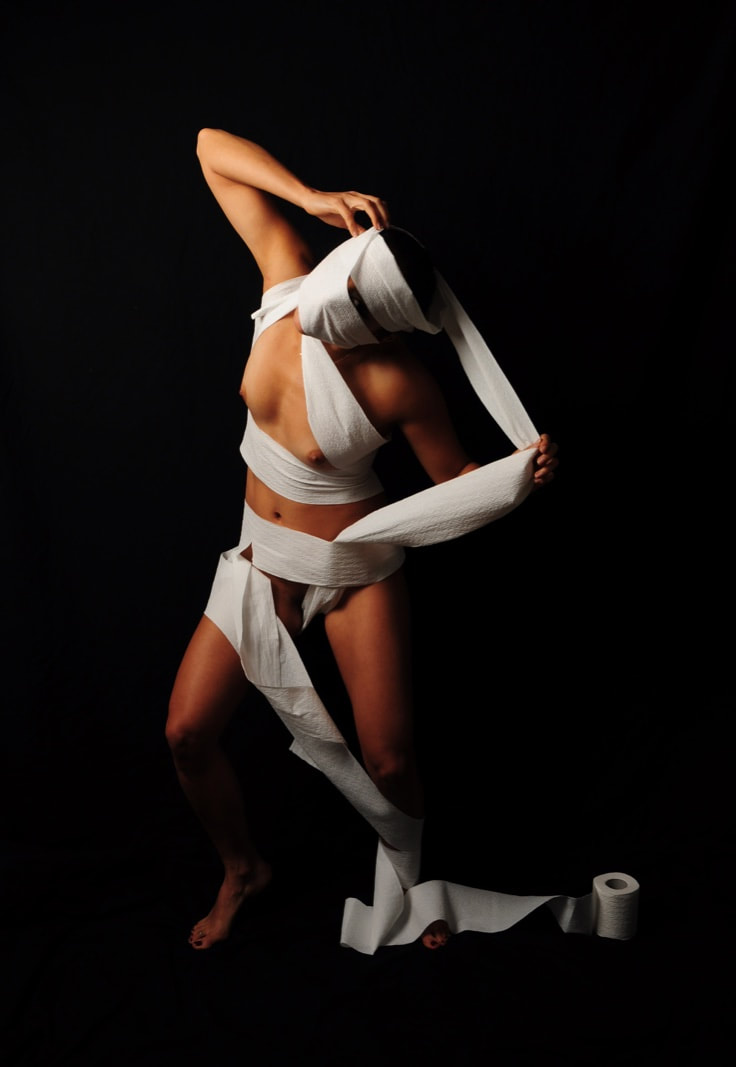 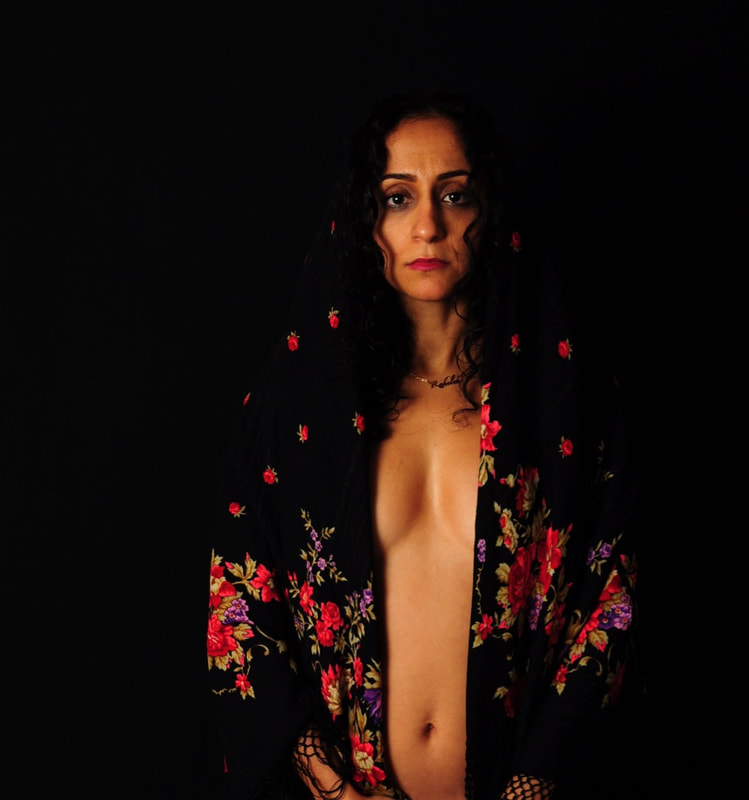 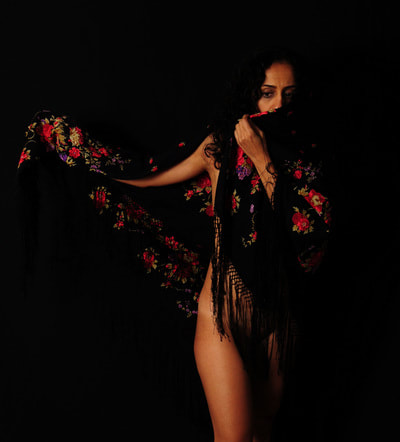 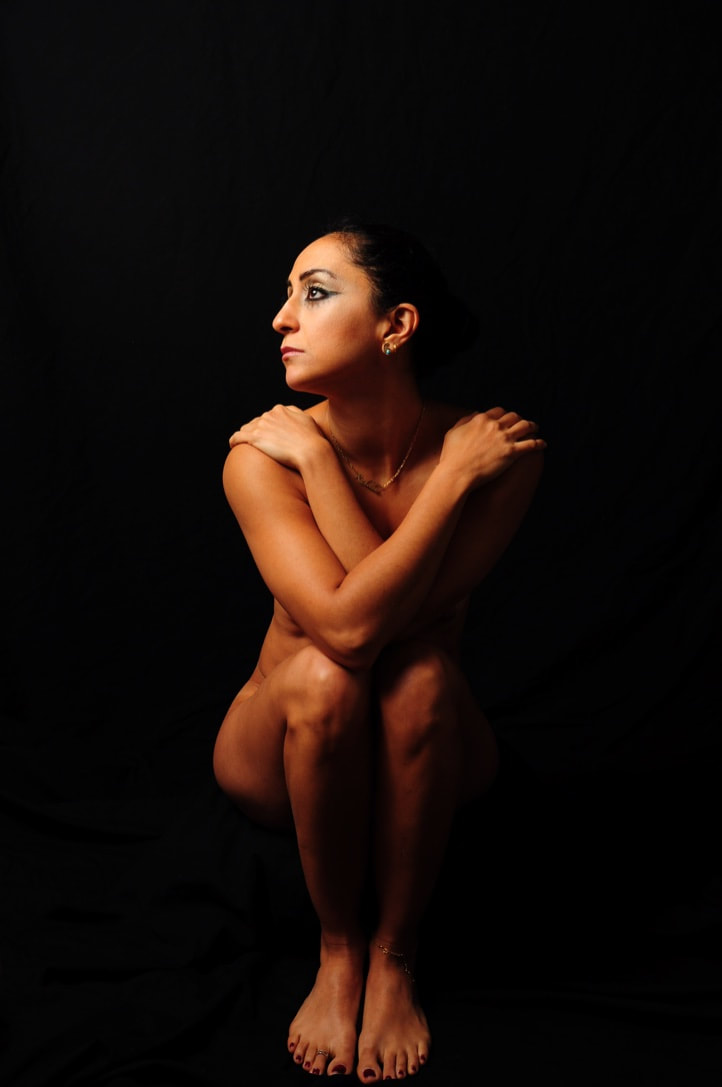 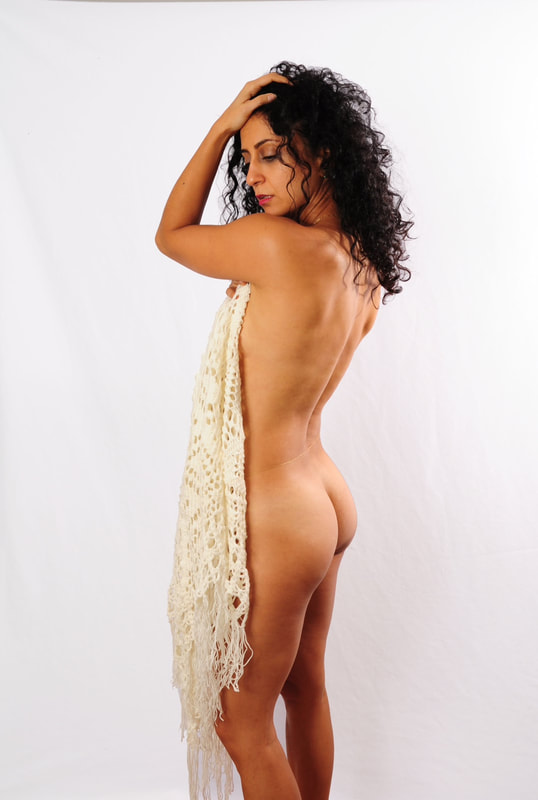 ​Boxed
The photographs are displayed on the sides of very large boxes. Patrons can flip the
boxes and see the photographs on any side, and each box opens to show another on the inside,
along with scarves. 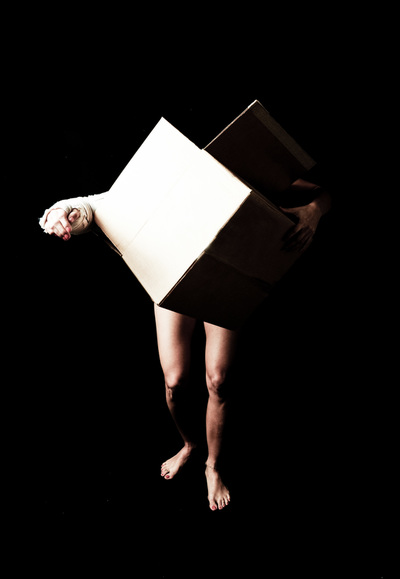 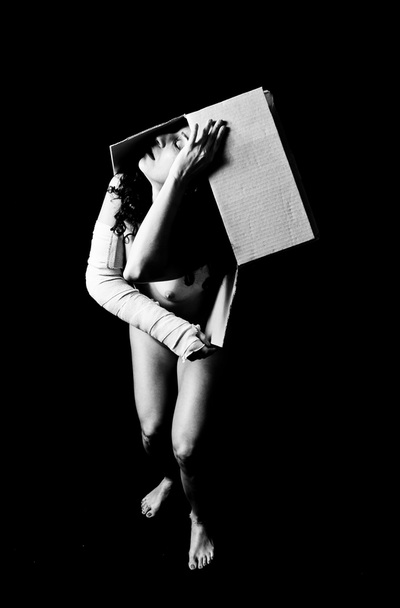 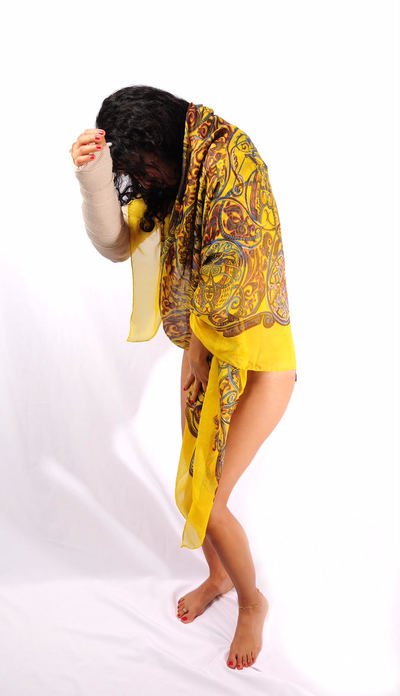 ​Emote
The medium-sized photographs are stickers rendered partially transparent, and have been placed on plexiglass overtop the science notes of well-known cognitive scientist Dr. Mark Changizi; his prolific notes have appeared in Discover Magazine. The science notes themselves concern his upcoming work on the evolutionary origins of emotions, and even the math symbols and handwriting display its own emotional signals, helping to capture the feelings bursting from within the subject. The notes themselves have in some cases been painted upon by Raheleh Bagheri, exemplifying that the creativity found in artists is the same as that found in scientific theorizing. 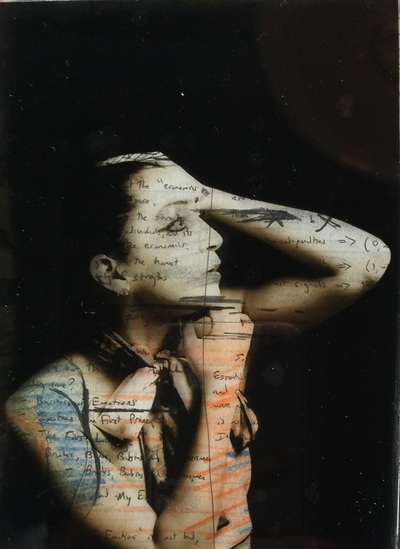 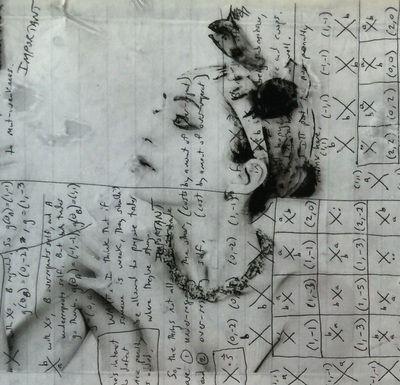 These medium and large photographs are stickers rendered partially transparent, and have been placed on a mirror. A mirror is actually a piece of glass in front of a silvered surface, and because of the thickness of the glass, one perceives both the photograph as well as the reflection of the photograph. Because the reflection is slightly different in its perspective, one gets fascinating three-dimensional perceptual effects. In addition, the patron simultaneously sees themselves. In some cases, like the one below with the hijab, the mirror in the installation has been broken over her forehead with the radiating break lines like a spider web, with an assortment of stones below. 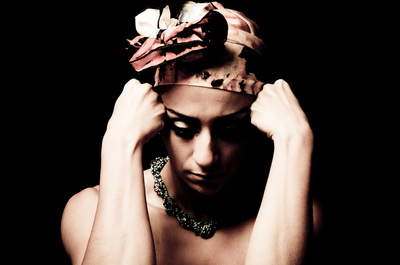 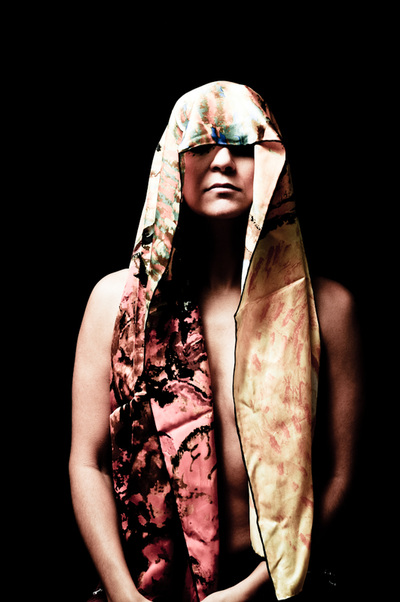 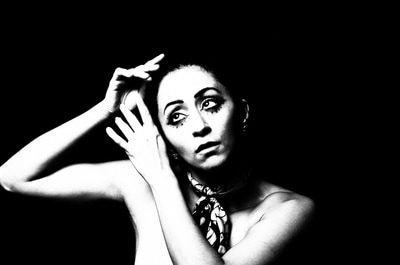